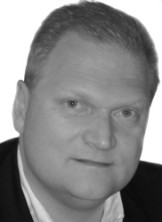 Michael Fogelberg moved to Brussels, Belgium in 1992, where he took the initiative to investigate the possibilities of starting Self Storage Business in Europe, after seeing this thriving business in the USA. Michael initiated the contacts with Shurgard Storage Centres Inc in Seattle and was involved in all negotiations until the partnership was formed in 1994. The partnership was a joint venture with the aim to build Shurgards presence in Europe, who until then, only had presence in the United States.

Michael´s initial responsibility in the partnership was to manage the developments in Belgium. In 1997 he moved to Sweden to start up the business there. Later Michael started up the business in Denmark 2001 (Shurgards then 6th market), and became the Regional Director for both Sweden and Denmark.

In 2007 Michael founded SelStor AB, a Swedish Self Storage developer and operator. There Michael was the Managing Director for the company and developed 10 Self Storage facilities in and around Stockholm.

Later in December 2012 the company was sold to Pelican Self Storage. And Michael left the company at the end of October 2013.

In 2014 Michael Fogelberg wants to start something new and innovative. And the company he starts is 24Storage. A new and modern Self Storage company that focuses on modern technology and user experience. Today you can find 25 facilities from 24Storage in Sweden.

Other positions and companies

Michael was also one of the founders of the Federation of Self Storage in Europe (FEDESSA) and is a board member, President, Vice President (www.fedessa.org) as well as the Self Storage Association Sweden (SSAS), and has been the Chairman from 2006 till 2021. (www.ssasweden.com).