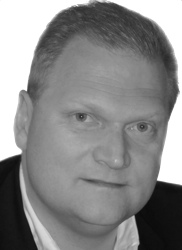 Moving to Brussels, Belgium in 1992, Michael took the initiative to investigate the possibilities of starting Self Storage Business in Europe, after seeing this thriving business in USA. Michael initiated the contacts with Shurgard Storage Centres Inc in Seattle and was involved in all negotiations until the partnership was formed in 1994. The partnership was a joint venture with the aim to build Shurgards presence in Europe, who until then, only had presence in the United States.

Michael´s initial responsibility in the partnership was to manage the developments in Belgium. In 1997 he moved to Sweden to start up the business there. When starting up Denmark in 2001 (Shurgards then 6th market), Michael became Managing Director for both Sweden and Denmark. Grana International sold their share of the company to Shurgard in 2004. Michael left Shurgard in 2004/2005.

Michael was one of the founders of the Federation of Self Storage in Europe (FEDESSA) and is a board member (www.fedessa.org) as well as the Self Storage Association Sweden (SSAS), and is currently the chairman (www.ssasweden.com)

In 2007 Michael founded SelStor AB, a Swedish Self Storage developer and operator. Michael was the Managing Director for the company and developed 8 Self Storage facilities in and around Stockholm. In December 2012 the company was sold to Pelican Self Storage. Michael left the company at the end of October 2013.